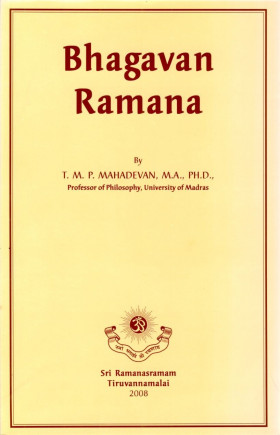 Many a statement of the scriptures, like the one in the Bhagavad Gita about seeing inaction in action and action in in-action will remain obscure and unintelligible, unless one comes into contact with sages like the Maharshi. Apparently, Sri Ramana seems to take interest in things that occur around him. But all these modes of action are performed without the least attachment to them.

People sometimes go to him in the hope that by his darshan their earthly wants may be fulfilled. But very soon they discover their own foolishness in asking for fleeting pleasures, when the imperishable Bliss awaits them. Instead of getting dissatisfied that their cravings go unfulfilled, they will feel thankful that they had been saved from a delusion and a snare.

There are some who go to the Maharshi with a curiosity to know from him a cure-all for the world’s ills. They ask him what solution he has for the problems of poverty, illiteracy, disease, war, etc. Social reform is their religion, reordering of society is what they seek. They frame their questions in different ways. What message has the Maharshi to give to the social reformer? Is it not the duty of every enlightened citizen to strive for bettering the lot of his fellow men? The invariable answer that the Sage gives to all those who put such questions is, “Have you reformed yourself first?” very often it happens that the so-called social service is a gratification of the ego. In much of what passes for altruism there is a core of egoism. Such services bless neither the server nor the served.

The Maharshi’s teachings may be stated aphoristically thus:

“Seek to know the Self, and the knowledge will make you free.”

The author, Dr. T.M.P. Mahadevan, was an outstanding scholar and ardent devotee of Sri Bhagavan. He was Professor of Philosophy at the University of Madras.

As may be seen from his prefatory remarks, the contents of this book originally formed the introductory chapter to his work Ramana Maharshi and His Philosophy of Existence.

In view of the usefulness of the book, particularly to the general reader, we are now bringing out a fourth edition. But for the addition of a photograph of Sri Bhagavan and an explanatory note on the back cover, there is no change in the contents.

Preface to the First Edition

The present essay was originally written for a book on The Saints; and it appears as General Introduction in a work on Bhagavan entitled Ranana Maharshi and His Philosophy of Existence. As it is felt that this essay may be of interest to the general readers, it is being issued separately also in the form of a booklet.

May Bhagavan accept this offering!