Cart is empty
Cart is empty
View cart
Home/Reduced/Mohandas: A true story of a Man, his People and an Empire
Save 49% 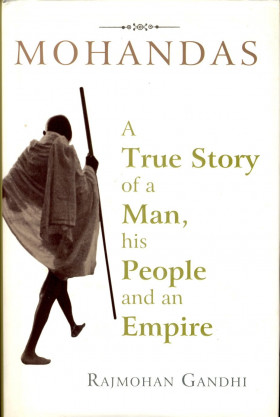 Share:
A candid recreation of one of the most influential lives of recent times, Mohandas finally answers questions long asked about the timid youth from India s west coast who became a century s conscience and led his nation to liberty: What was Gandhi like in his daily life and in his closest relationships? In his face-offs with an Empire, with his own bitterly divided people, with his adversaries, his family and his greatest confrontation with himself? Answering these and other questions, and releasing the true Gandhi from his shroud of fame and myth, Mohandas, authored by a practised biographer who is also Gandhi s grandson, does more than tell a story.

With its sweep, its swings between glory and tragedy, the profusion and richness of its characters and the stamina and resilience of the chief among them Mohandas tells the great history of an Asian nation s interaction with a European empire. But this historical account addresses today s issues as well. After the violence the world has witnessed in recent times in Bombay and in Gujarat, in New York and Washington, the American attacks that followed in Afghanistan and Iraq and the horrors of the conflict involving Lebanon and Israel the world awaits the reconciliation between Muslims and non-Muslims which constituted one of the compelling passions of Gandhi s life.