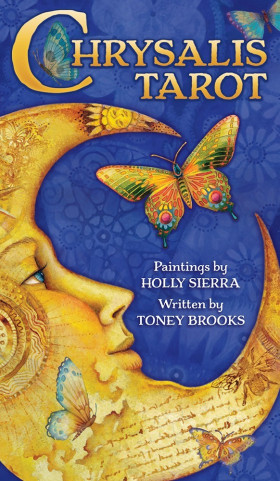 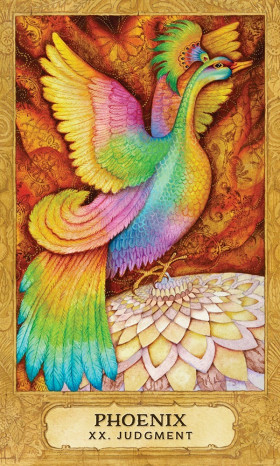 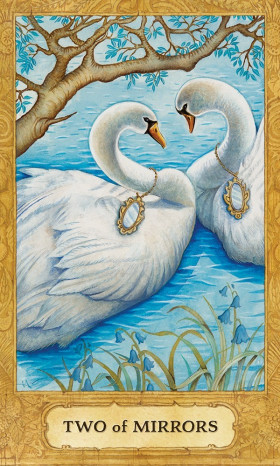 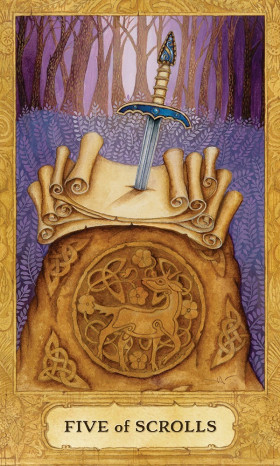 Chrysalis Tarot opens up your psyche and illuminates your path toward personal destiny. Exquisitely drawn Otherworld characters and mythological archetypes guide you on your spiritual quest. Both the Major and Minor Arcana feature beautifully illustrated scenes that inspire reflection and stimulate your psychic intuition and imagination. The four suits that make up the Minor Arcana are: Stones (Pentacles); Mirrors (Cups); Spirals (Wands); and Scrolls (Swords). In the Court Cards you’ll meet a delightful troupe of medieval messengers who inspire you to fulfill your dreams. Deck includes 78 cards and 60-page booklet with instructions for a five-card Pentagram Spread.

About Holly Sierra
Holly Sierra has been drawn to all things mystical and magical since her childhood. Her vibrant paintings allow us a glimpse into an enchanted world filled with goddesses and mythological creatures. Holly’s infatuation with Tarot began when she was a teen and discovered an antique deck amongst her parents’ possessions. The Chrysalis Tarot deck is dedicated to both her beloved parents. After pursuing a fine arts education, Holly lived and traveled extensively in Asia. Multicultural themes influence her artwork, which has appeared in children’s books, magazines and greeting cards. Holly makes her home amidst the picturesque, green mountains of Stowe, Vermont.

About Toney Brooks
After retiring from broadcasting twenty years ago, Toney traveled the world researching spirituality. He studied, both formally and informally, a number of metaphysical subjects including comparative mythology, philosophy of history, and an obscure area of theology known as Mariology. He holds a PhD in Metaphysics and a certification in Spiritual Counseling.