Cart is empty
Cart is empty
View cart
Home/Books/Spirituality/Spiritual paths, self-realization/Anandamayi - Her life and Wisdom
Save 39% 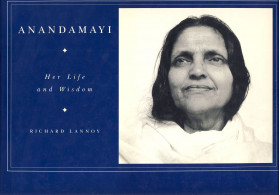 Share:
Anandamayi was a simple country girl from a remote village on the easternmost border of India who became a personality of the highest spiritual distinction. Like her great predecessor, Shankaracharya, she encompassed all castes, faiths and creeds on a journey which took her to all four extremities of the Indian subcontinent.
Drawing extensively on her own words and advice to followers, Richard Lannoy reveals a personality at once both breathtakingly simple and an enigma of fathomless complexity. His high-speed action photography captures her essence while his text recounts her dramatic spiritual metamorphosis from youthful ecstatic to venerable sage.